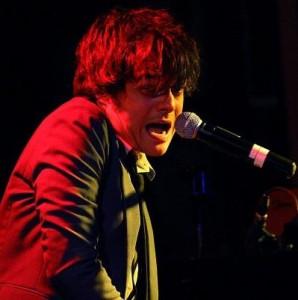 “Rough Translation of the article”

He stands on his piano, playing, singing and dancing at once: In his concerts Germany shows the Brit Jamie Cullum, jazz that is captivating stage show does not feature designer for. So he convinced jazz and pop fans – and narrow-minded critics ignored.

He had the soul and the heart of a jazz musician, “says Jamie Cullum . But he was just another of those who make pop music without having to apologize for it. And he does not care about categories. Jazz or rock, this question seems to him not to make. The album cover of his latest CD “The Pursuit” shows the singing pianist before exploding a grand piano. As if to show that he has broken with tradition and seeking new bank. On stage, he and his band usually so energetic to the point that I really fear for the piano must have the keys to his skin, on which he sometimes gets up and sings, and then jump down again, and how resilient weiterzuwirbeln unleashed.

“I did what I wanted”

From a highly successful “Twenty Something” (the title of his first successful album), a mid-twenties, Jamie Cullum is now a “Thirty Something” has become. On 20 August 31st, he will The record deal with an international label in 2003 signified a breakthrough for the British. In the same year he received the British Jazz Award for “Rising Star”. Meanwhile, his albums sold millions Cullum. Since “Catching Tales” from 2005 and, not least since “The Pursuit” is Jamie Cullum from the jazz purists taken under fire. He would build his label from a pop star. With the Jazz would have his music to do anything, they say. Jamie Cullum is now simply the figurehead of a new, experimental generation of jazz musicians and his music means the selling off of the Jazz?

“I have always done what I wanted,” says Cullum. “When I was in 2003 my record deal, I played in a suit in London clubs like Ronnie Scott’s or Pizza Express. I have standards play times here and there a song of mine, who more started. Something like ‘I Want To Be A Pop Star ‘. On the other hand, I was in a rock band, with Paul Weller and Oasis toured. I was early 20s and not knowing how I should bring two worlds together this. But there was really no reason, both to separate. rock and jazz together after a while I was on stage. ”

For Jamie Cullum is the crossover no problem. He called singer / songwriters such as Donald Fagan and Walter Becker of Steely Dan and Bruce Hornsby and Randy Newman as a jazz musician. Cullum says it’s the way they approached the tunes, how they dealt with chords, how they would give the improvised pieces in their room. All this was done as jazz musicians, he says. Through her work woe to the spirit of jazz, they had him in blood that would not result in jazz. The fact is that Jamie Cullum with “The Pursuit” has landed in popular realms. Especially in England, he often had to justify himself in front of jazz journalists, Cullum. You had a problem with the fact that he hold dear the pop. “The British magazine Jazzwise,” My album has discussed, “he says. “You have rated only one star and said it was terrible. Well, it is only if you like pop. I think the fear of pop. I just make music, which I think she feels good .

Anyone who has seen Jamie Cullum live once, knows that his concerts more than just feel good. Whether it is jazz or pop fans now, his sparkling stage presence one can not escape. As played, singing and dancing, as is gescattet and drumming, as is the center of the auditorium to the stage in no time made until the public is no longer tenable. Since no one thinks about it, is one in which drawer of these artists, whether he is now the “Robbie Williams is the Jazz,” or the “Charlie Parker of Pop” as he titled the American jazz magazine “Down Beat”.